First published on Press.co.nz on 15 March

The two works featured could not have come from more different beginnings, one a celebration of cultural and spiritual identity, the other a response to intense personal grief and hope in times of conflict and despair.

He Ngākau Aroha (Empathy) explored wellbeing and connectivity through Māori legend and the relationship to the land while Nigel Westlake's Compassion explored that concept through Hebrew and Arabic poems, proverbs and songs. Both could not have come at a better time.

The remarkable voice of Lior Attar and the extraordinary blend of Middle Eastern texts and singings styles in Compassion was absolutely captivating. 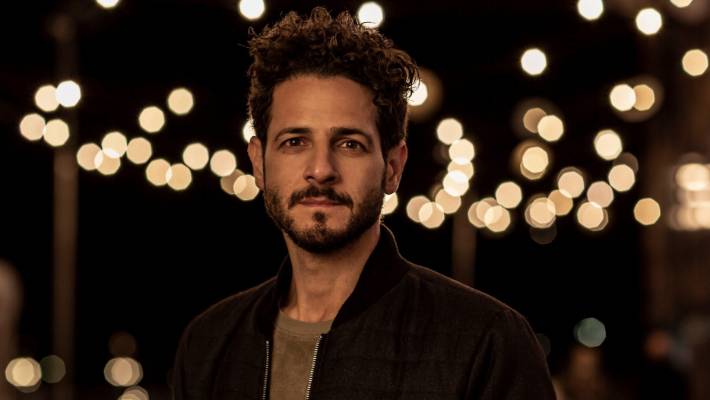 Tenor Lior Attar's high tenor was "that of a storyteller who simply talks and comforts".

Westlake's score, often drawing on his film experience, was very approachable but the main attraction was Attar's voice, weaving through the orchestral texture in a narrative of loss, acceptance and forgiveness that was truly moving.

The mesmeric and reassuring feel of Attar's high tenor was that of a storyteller who simply talks and comforts, the opening Sim Shalomestablishing this immediately, Attar's keening voice rising out of the subtle background chords.

The mechanical ostinati in Eize Hu Chacham? and Al Takshu L'vavchem had more bite and I liked the way Attar's voice then soothed the waters, riding the rhythmic wave.

La Yu'minu was deceptively simple but effective for that, the harp and strings mainly accompanying Attar's soaring voice, with satellite cameos from the woodwind. Inna Rifqa was a simple song that grew from calm beginnings, the vocal line shifting seamlessly to the cor anglais, a really well-crafted moment, and the final Hymn of Compassion (Avinu Malkeinu) finished the work off serenely.

Coming from quite a different place, He Ngākau Aroha (Empathy) is a collaboration between Pieta Hextall, Savanah Tukariri and Kerepeti Paraone.

It had immediate appeal for a Christchurch audience not only because it was an attractive listen but also, in every sense of the word, it is a homegrown work about the South Island.

Coordinating a range of different performing artists in a work like this is a challenge but it all came together in a coherent way, the end result being musically satisfying. Having said that, some of the ideas would have benefited from further development, perhaps broadening the musical language for more stylistic and dramatic contrast, but the overall effect was eminently listenable and was well received.

Hextall's accomplished orchestrations united the whole and the distinctive sounds of traditional Māori instruments, played by Mahina Kingi-Kaui, added much to the overall soundscape.

Te Ahikaaroa were excellent, the dancers providing an engaging visual element especially in the war dance between the two men, and the vocalists sang with passion and conviction.