For the first time since the music started, a smile formed on Nelson's* face as the long note was drawn out. He rested his fingers lightly on the viola, his head tilted back in wonderment at the vibrating strings. CSO Principal Viola Serenity Thurlow had just been around the small group of students, offering each of them a chance to feel the vibrations as she played.

Earlier this week, an ensemble of five CSO musicians performed the first of our One True Note sessions at Papanui Primary School. Combining demonstration, performance, and interaction, One True Note aims to reach people with intellectual disabilities who may experience barriers in accessing live music experiences. 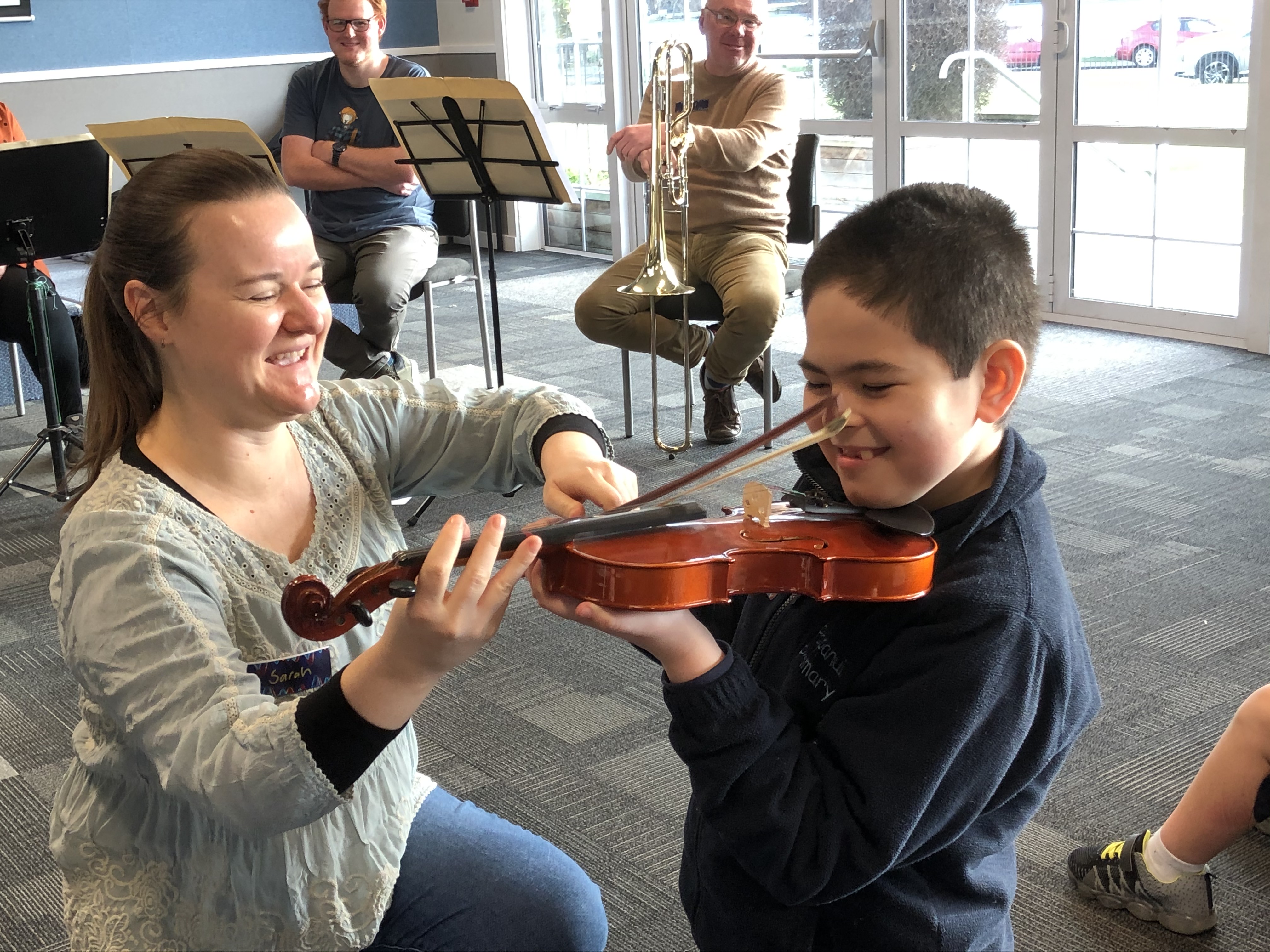 “During these extraordinary circumstances, some people in the community may experience more difficulties in attending music events, so we decided to bring the music to them,” said Cathy Irons, head of the CSO’s Community Engagement. “Studies have shown that music and the arts have a significant effect on mental health and wellbeing and that is particularly important during these times.

"It's also about that very real and genuine human interaction."

Each of the performances are flexible and adjusted to suit the abilities and age range of the audience. Some will be taking place at schools with special education units, and others will be for people who attend day centres or are a part of a support network. Some of these will also be taking place in the CSO's rehearsal space, the Ron Ball Studio.

Students at Papanui Primary had the chance to press the keys on the trumpet and oboe while the musicians played to see how the keys affected the sound. They were also invited to play along on shakers, drums, and glockenspiels for “If You’re Happy and You Know It”, march and dance along to music from Aida, try blowing on a plastic trumpet, and ask the musicians questions. 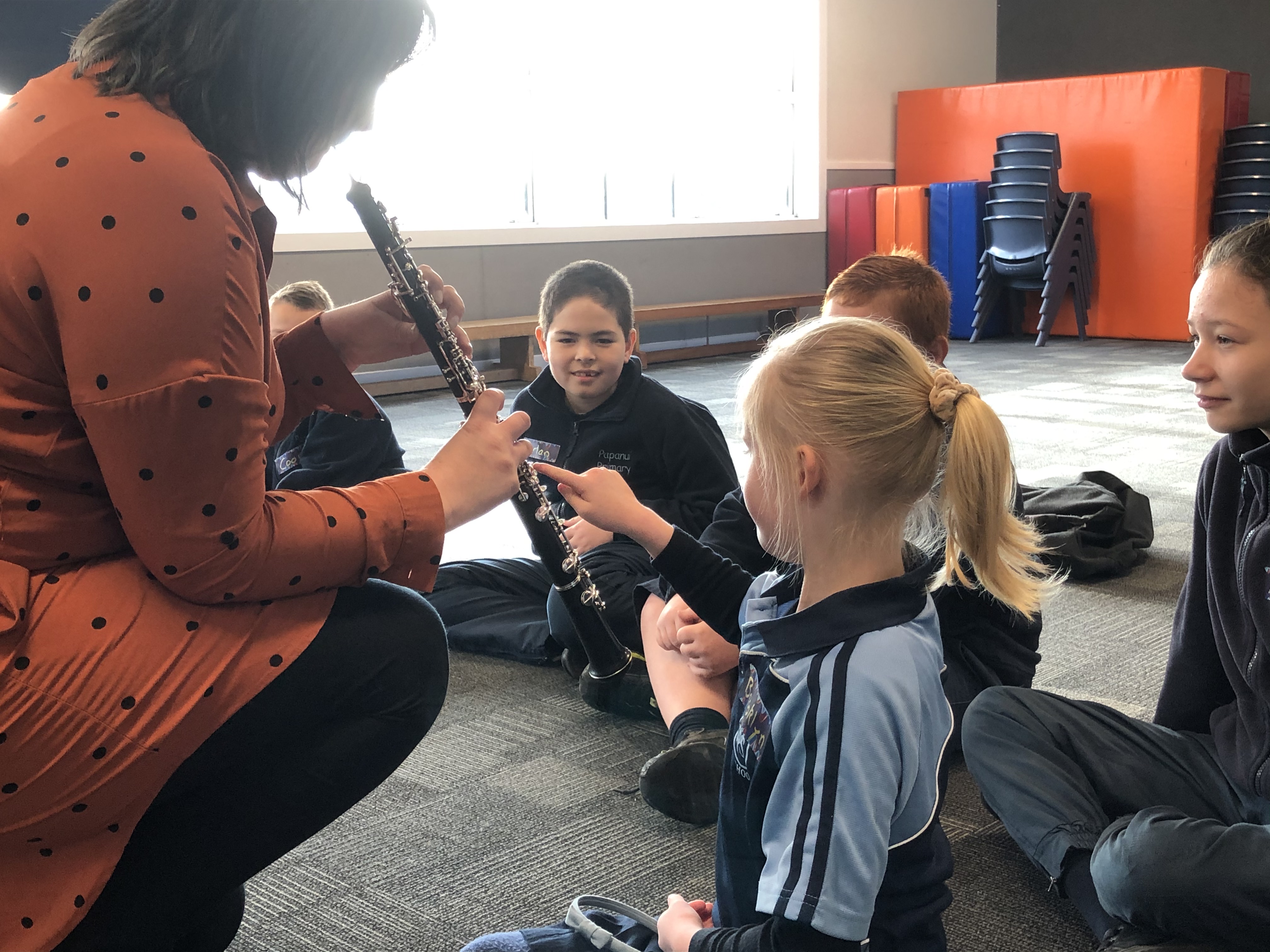 Papanui Primary School teacher Nicole Jones said the programme was "amazing" and the school would "happily do it all day if [they] could".

"The kids were really engaged. There was participation and they were really captivated by each instrument." She observed that some of the students, who were more reticent to begin with, opened up as the performance went on and they were able to interact with the instruments and musicians.

There will be further performances of One True Note at the Chris Ruth Centre, Brackenridge, the Ron Ball Studio, and other schools and community spaces in August.

CSO at our place and yours